Welcome To The African Nova Scotian Community Calendar of Events. A list of events year-round.

If you would like to submit an event please complete the online form by clicking on the add event button and your submission will be reviewed and posted within 1 week.

The Legacy of MLK: Peacemaking & Justice Making in a Time of Trouble 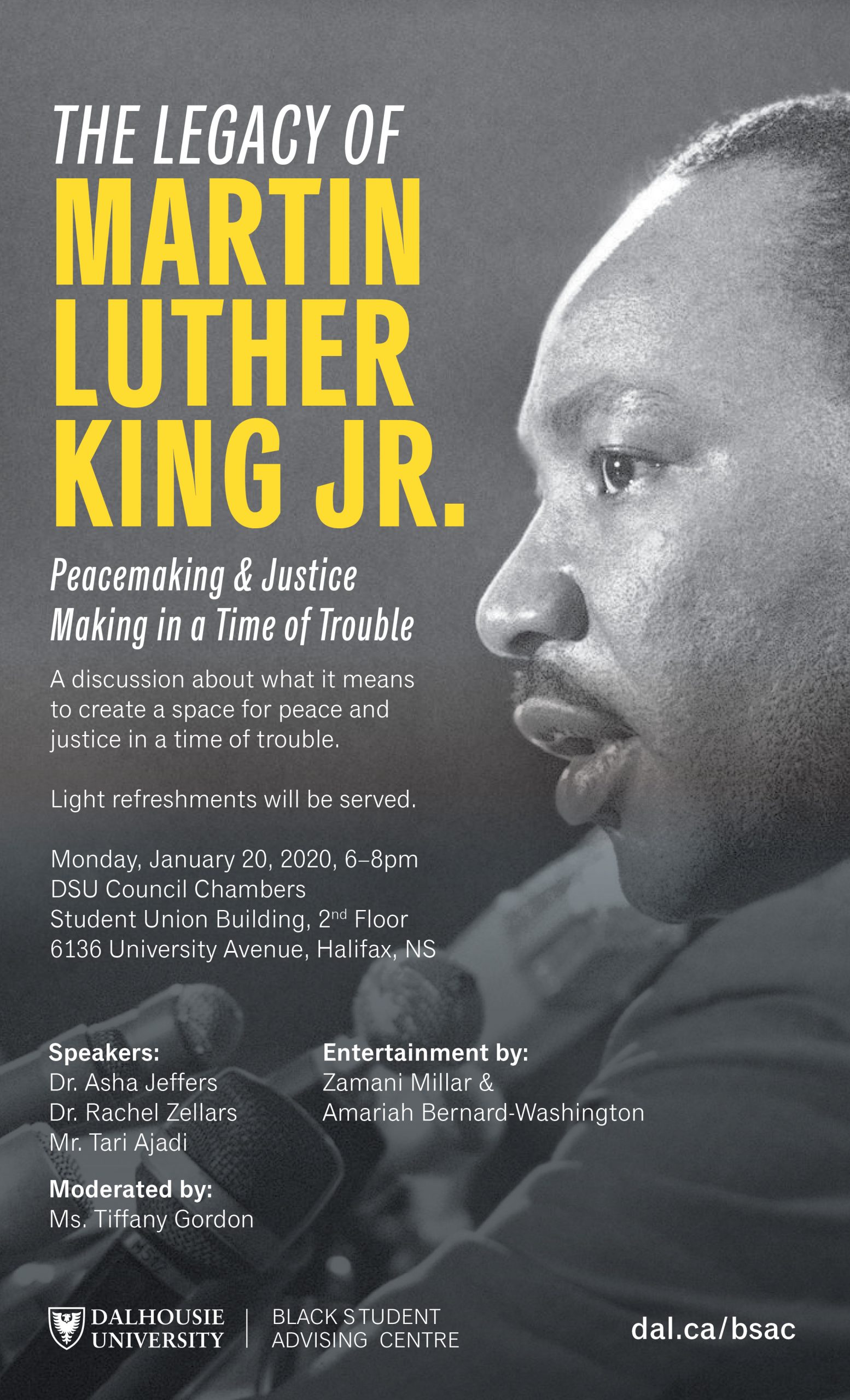 The 2020 MLK event is a continuation of our series “Black Lives Matter”.

Dr. Martin Luther King Jr. was an advocate for peace, even in times of trouble. In his writings and speeches we see that even though he lived in volatile times, he kept the faith and believed in the power of humanity to overcome all evil. Dr. King, and the many other people who formed part of the Civil Rights Movement, were intentional in creating the conditions for justice. In their work they made room for what did not previously exist; and in the process compelled the dominant class to see themselves as the tyrants that they were.

Today, we live in similarly turbulent times. Donald Trump’s presidency has resulted in a rise of White Supremacist sentiment and across the world we see evidence of impending trouble. Yet, as the Civil Rights Movement has taught us, justice does not come to those who wait. We must be intentional in not only advocating its conditions, but its peaceful implementation.

Come join us as we engaged in a discussion about what it means to create a space for peace and justice in a time of trouble.

Light Refreshments will be served.

The community event calendar is a service offered by the Black Cultural Centre for Nova Scotia. All efforts are made to ensure the information is current and up to date, however we are not responsible for errors or omissions as the information is provided by public submissions.  Disclaimer